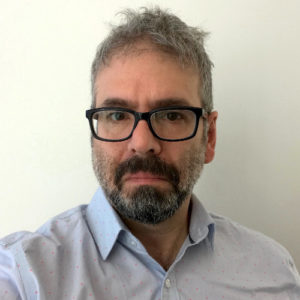 What companies/organizations have you worked for as a DAM professional? What was your role at each?

Since 2005 I’ve worked for the following companies as a DAM professional.

Most all of these DAM positions – minus the actual agency position at Arnold – were internal agency scenarios.  In each of these roles the need for a DAM was primarily undertaken and initiated in collaboration with the studio, where the responsibility for finalizing and releasing creative work was dependent upon a well-managed and organized library of assets.

What’s interesting about my internal agency work as an asset manager was that all three companies were looking for someone to come in and more fully establish a DAM.  In each case I was not taking over for a prior asset manager or simply continuing to manage assets as part of a legacy DAM system.

At Liberty that meant ultimately creating a brand new platform for managing and sharing assets, at Bose it meant providing new ways to organize and manage files within an established system which eventually would be replaced.  And at Biogen it was as part of a new DAM initiative which had begun before my arrival.

In hindsight my role at Liberty was a great starting point, providing an opportunity for me to establish my own working method and build a checklist to solving for problems which would recur with each new role I took on thereafter. This meant that I could initiate relationships throughout the agency and with (internal) clients who regularly engaged with the creative group. It did not take long for me to realized that my success as an asset manager would be entirely dependent upon maintaining and growing these relationships, establishing trust and providing value across and between all of these touch points in the lifecycle of any piece of creative work.

After six years at Liberty Mutual I spent next two years at Arnold Worldwide (primarily) supporting Dell, who was a new client at the time, and who required a dedicated asset manager within the agency. This was a somewhat new thing for Arnold – since they had two existing asset managers on staff who handled various accounts but were not dedicated to one particular client. At Liberty my interaction with outside agencies was very limited and once I was inside a large agency like Arnold, I was able to see a side of the creative process which was not visible to me at Liberty Mutual. Here again I realized that my success would be dependent upon my ability to establish relationships across many avenues of the creative workflow.

My work managing digital assets at both Liberty Mutual and Arnold Worldwide would come together fully at Bose Corporation in 2013. At Liberty my main focus was managing and purchasing stock imagery while tracking usage and licensing. At Arnold I was able to interact and support an established DAM system (with Dell), while also supporting other clients and the greater asset management team within the agency. This meant handling photo shoot files, building metadata schemas and uploading large batches of files for use throughout the agency.

At Bose my role as the digital asset manager was all encompassing. From handing all photo and video files, distributing files to outside agencies and vendors, to assisting the studio to finalize product and lifestyle imagery, managing production and library servers and supporting internal and international marketing partners. The DAM challenge at Bose was particularly huge and an ongoing opportunity for improvement and change. Implementing changes within an established framework and working around product launches which were continuously ongoing was difficult. My success in this role was very much incremental at first. It took time to build relationships and find a voice in the role. Responsibilities which were once handled by a number of different people took time to consolidate into one role. I think my greatest success at Bose was my ability to eliminate the number of touch points in the life cycle of asset creation. Knowing the one true source of truth and being the vehicle for it was very rewarding on many levels.

My most recent role at Biogen has been very different than previous roles in the DAM space and has presented many new challenges and scenarios to solve for which I had not (entirely) considered previously. While Biogen uses an internal agency for some of their work, they also use many other outside agencies to support their nearly half dozen different brands. So it’s a lot to try and wrangle into one cohesive DAM process. Finding the single source of truth was hard. As I mentioned previously, I came to this role after the DAM initiative had started and at the point where it was ready to launch – so my ability to understand the process and then participate in establishing DAM protocols which best supported those processes was limited.

I am leaving Biogen as this year comes to a close – my family is relocating – and I very much look forward to my next role as a DAM professional. Always looking for challenges and opportunities to expand my knowledge base in this space.

What’s the most important thing for someone new to DAM to understand about DAM?

The most important thing for anyone new to DAM to understand about DAM is that it’s everywhere. Which is to say, we all need our own personal DAMs for the myriad of personal assets we create, accumulate and share throughout our days. So if you can think of that, then imagine the needs of a company (of any size), how they present themselves to the world and how they need to be organized. And then, if you’ve come to realize the need for a DAM within your organization and have decided to embark on that journey, don’t hesitate, make excuses or cut corners. If you say you’re doing DAM, then by all means, do it across the board. Within an organization of any kind, DAM needs to be everywhere in the thinking of people who are involved in the creation of content, delivery of files and the preservation of assets for continued used.

What is your ongoing greatest challenge with DAM?

In all my years of doing this, the biggest ongoing challenge is finding someone within the organization who understands that DAM needs a seat a lot of different tables in order to be successful. DAM needs to be a part of many conversations. And it needs to be able to speak for itself. I am yet to find a DAM role where the voice of the asset manager can be heard over the systems, operations and/or product owner leads who get invited to meetings where decisions are made about DAM. Decisions largely made without the asset manager activity participating. I see this as my (personal) ongoing challenge simply because I haven’t been able to have that voice when the management structure is a roadblock to meaningful success in the role and therefore the overall DAM strategy.

What more would you like to learn about DAM?

I’d like to learn more about other DAM systems and about other ways of managing assets and content. My roles up to now have all been very similar in terms of the content, the work and even the systems used to support the role. So an opportunity to work with other tools would be great. I also would love to shift gears and work less on the agency/creative side of the things and delve into archives and collections. Either at an institutional or educational level; at a museum, university or foundation of some sort. I feel like my engagement would be maximized by my interest and feel the personal reward would be greater than any previous role. I don’t have a library science degree but have begun to think that pursuing one would help me to further this pursuit.

If you weren’t doing DAM as a career, what would you be doing?

I like this question a lot. Because I don’t think there’s any way to avoid doing DAM in one form or another for me. I truly think it’s in my blood to be an asset manager of some sort. Personal librarian, archivist, photographer, hoarder, etc. I really do believe that I can’t not be an asset manager even if it weren’t my primary profession.